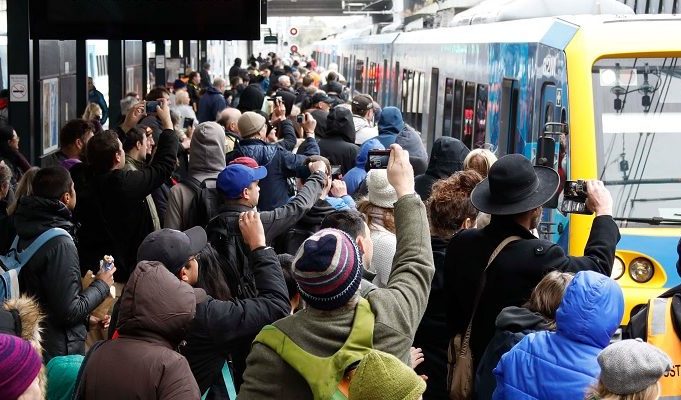 More than 1.8 million trips have been taken on the Mernda line since the extension was opened 12 months ago.

In a $600 million project coordinated by the Victorian government’s Level Crossing Removal team, the South Morang line was extended eight kilometres to Mernda, and three new stations were built.

When the newly renamed Mernda line opened in August 2018, it was the first time passenger trains visited the area, 30 kilometres north-east of Melbourne’s CBD, since the last diesel train visited Whittlesea in 1959.

After 12 months of operation, the new extension has handled almost two million passenger trips. The new terminus, Mernda station, has seen more than 600,000 passengers pass through it.

“The Mernda rail line opens up so many opportunities for Melbourne’s north, connecting people to employment and education, entertainment, leisure and recreation,” state member for Yan Yean Danielle Green said.

“The Mernda line has changed the way so many people in our region live their lives, making it easier than ever to get into city,” member for Mill Park Lily D’Ambrosio added.

According to government figures, the Plenty Valley bus network routes which go to Mernda station are handling more than 4,000 trips on the average weekday. Close to 1,000 people use the bike storage facilities at South Morang and the three new stations.