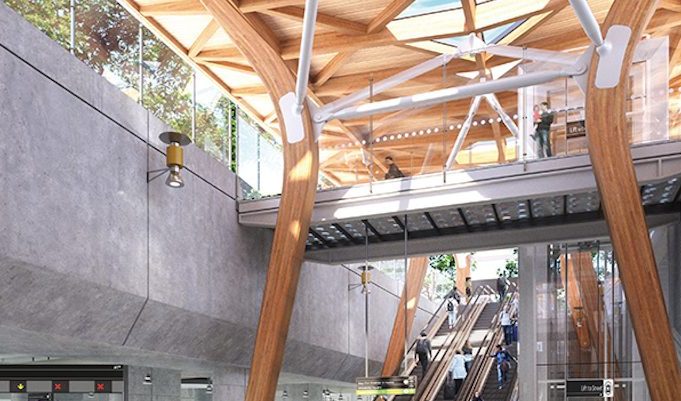 Victorian premier Daniel Andrews says construction of the new Anzac station as part of the Metro Tunnel project through Melbourne is taking shape, with contracts awarded to build the station’s roof.

AUSREO has won the contract to supply more than 3,800 tonnes of steel reinforcement for the roof, while Holcim will supply roughly 15,000 cubic metres of concrete for the roof slabs.

Designed as a ‘pavilion in the park’, the state government says Anzac station will be an integrated public building and landmark connected seamlessly with surrounding parklands.

The canopy being built above the tram interchange at the station is set to be an architectural focal point, while also providing waiting passengers with year-round weather protection.

An acoustic shed will be built over the northern section of the site to minimise noise and dust, while the area below will also serve as the launching site for tunnel boring machines which will head towards the future eastern tunnel entrance.

“The Metro Tunnel is taking shape across the city, so we can run more trains to the suburbs, more often,” Andrews said. “Right now, there are thousands of Victorians hard at work building a better transport network, to get people home safer and sooner – wherever they live.”