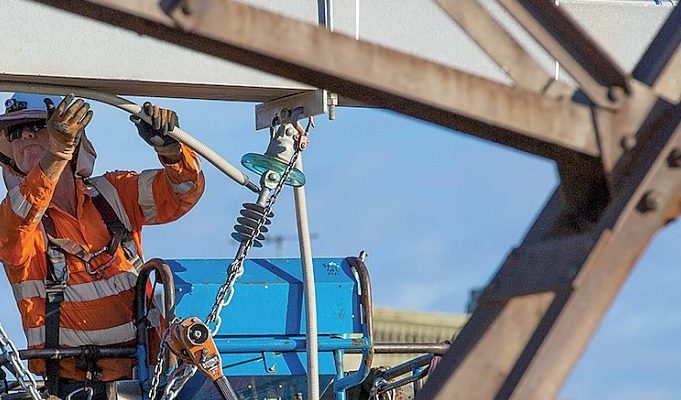 With work ramping up across the rail sector, labour hire, recruitment, managed labour and safety management firm Category 5 is focusing on its unique, specialised offering for a stretched skills market.

The pipeline of rail construction and maintenance work is estimated at more than $100 billion over the next decade. After construction work rose 56 per cent in FY18 and another 5 per cent in FY19, BIS Oxford Economics estimates it will almost double over the next five years. One of the sector’s biggest concerns as work ramps up in cities and regions all around the country, is the supply of skilled labour to meet this surging demand. The Australasian Railway Association-commissioned Skills Crisis report, conducted by BIS Oxford Economics at the end of 2018, estimated that by the expected peak for rail construction in 2023, the sector could be left more than 70,000 workers short of the jobs needed.

Paul Tobin, Category 5 Labour Management’s General Manager for Australia’s East Coast and New Zealand, tells Rail Express the skills shortage is the single greatest challenge facing the sector in both countries as a result of the infrastructure boom.

“Rail can be a tough, physically challenging working environment,” Tobin says. “In recent times people have been steered toward careers requiring university degrees rather than these labour/tradebased roles.”

While the trend has been towards university degrees, Tobin says more and more rail construction projects are valuing workers with qualifications and skillsets that might commonly be seen as less prestigious and sought after than a university degree.

“Specific rail skills and experience have largely gone unrecognised in the past, but I think the industry is really shifting toward rail specialists, and understanding the value they can bring to a project,” he says. “The rail and infrastructure boom is going to be a game changer, and I think we are going to be left short of that specialist labour.”

Understanding where those gaps will emerge in the labour market is key to Category 5’s business. In recent years, the company has already responded to growth in demand in a number of key sectors, focusing on a deeper understanding of the needs of specific operators. Its Cat 5 Rail business has established teams serving a number of segments of the rail sector.

“Roles like traction overhead lineman, signalling technician and the like have come under real demand and set to continue,” Tobin says, citing an example.

With the significant growth in the traction overhead line sector, the company focused on providing highly skilled and experienced personnel for this part of the market. Subsequently, Cat 5 Rail has built specialty teams which have worked on the removal projects for nine level crossings on Melbourne’s Cranbourne- Packenham line. Cat 5 Rail also supplies specialist hi-rail plant and equipment for overhead wiring construction and maintenance.

“All our linesmen are nationally accredited and hold the competency on the Rail Industry Worker system,” Tobin says. “We have some of the most experienced and capable overhead support staff known throughout Australia and New Zealand.”

Cat 5 Rail has taken a similar approach to provide specialist support for signalling work, welding and track, as well as the supply of rail safeworking staff for a range of projects.

Tobin says the Cat 5 Rail team has become one of the most renowned, specifically for track work, in the Port Hedland and wider Pilbara Region. Across Australia and New Zealand, Cat 5 Rail’s track crews have worked with blue chip clients like BHP, Rio Tinto, Lend Lease, John Holland, Laing O’Rourke and Downer.

While sourcing the right people for existing work, a critical element of solving the skills shortage for rail will be training and up-skilling workers. “For the industry to survive and excel throughout the boom, investment in training and education is going to be key,” Tobin says.

As a registered training organisation, Tobin says Category 5 is ready to help the industry meet these challenges. Sam Sycamore, Category 5’s CEO and owner, was born in Port Hedland and founded his business there after more than 15 years in senior mining and resources, oil and gas and industrial management positions. Gaining perspective from the customer side of the labour market, Sycamore identified a need for a more tailored solution than that offered by the biggest recruitment companies. He says seeing workers learn specific skills and develop into more specialised roles is one of the best aspects of the business.

Cat 5 Rail’s training business is partnered with Hedland High School and other organisations, to provide students the ability to undertake a Cert 2 in Rail Infrastructure.

Looking to take advantage of its valuable offering for the rail sector, Category 5 has launched a new website and increased its social media presence on LinkedIn, Instagram and Facebook. Tobin says the company has an excellent reputation among its existing customers, and has managed to thrive since it was founded in 2009 by focusing on the needs of its customers.

“Good old-fashioned customer service, a sense of urgency and a passion for what we do has been the fuel to our growth and success,” he says. “Our work in the Pilbara has provided the opportunity to work with a number of tier-one companies and we have been able to replicate this across the country.”

Over 10 years, the company has grown from a sole operator to a team of more than 20 dedicated professionals within Cat 5 Rail alone, servicing markets in Western Australia, Victoria and New Zealand, and soon in other states across Australia. While Category 5 works across several sectors, Tobin says rail represents the “roots” of the business.

“Cat 5 has been built from our work in the rail sector and the business has been built from a real personalised family, local type atmosphere whereby we know our clients and employees as our family and friends,” he says. “A lot of the Cat 5 clients are long term clients that have been with us from the start. We have varying lengths of contract, but our relationships continue on for the long term.”