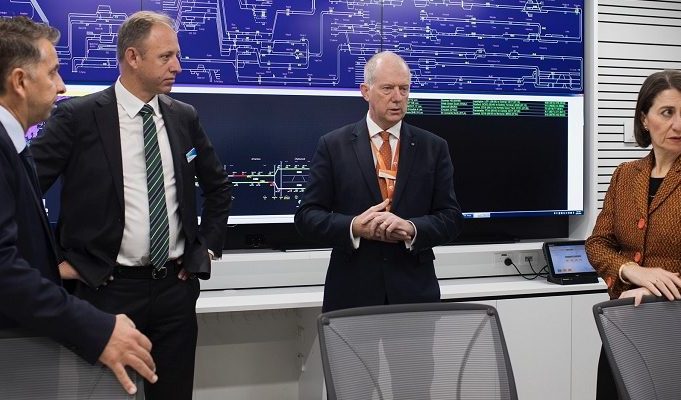 The new $296 million Sydney Trains Rail Operations Centre has been formally opened, and the State Government says that will mean safer and more reliable services for the more than 1.4 million passenger trips taken each day in the city.

The Rail Operations Centre (ROC) has been developed to modernise the Sydney Trains network, by incorporating dozens of different systems into a single location at Alexandria.

The new four-level building will be in use 24 hours a day, seven days a week, and will host more than 660 employees, according to Sydney Trains chief executive Howard Collins.

“We have dedicated teams of engineers, train controllers, rail technicians, communication teams and security personnel all working together to keep our customers moving,” Collins said.

State premier Gladys Berejiklian and transport minister Andrew Constance attended the formal opening of the site on May 30.

“The ROC begins a new era of rail in Sydney and will set new standards across the country,” Berejiklian said. “Sydney has one of the most complex rail networks in the world, and the NSW Liberals & Nationals Government has delivered a new ROC to ensure the best possible service for commuters.”

Constance noted the facility’s 33 metre display board was larger than that of NASA’s Mission Control Centre.

“[The display board] can track where every train is running at any given time across the Sydney Trains network,” Constance said. “At similar facilities in Hong Kong and Tokyo, all critical operation teams are positioned in one location, which means better coordination and response to critical incidents on the network.”